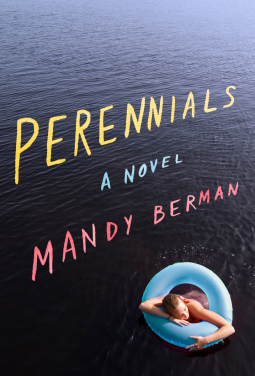 Thank you to Random House Publishing Group for providing me with an advance copy of Mandy Berman’s debut novel, Perennials, in exchange for an honest review.

PLOT – Located in the Connecticut countryside, Camp Marigold, has impacted lives for generations. Fiona Larkin’s parents met at Camp Marigold and now, she is the next generation making summertime memories. When she’s nine, Fiona, who is from a privileged family, meets Rachel, who is being raised by a single-mom in New York City. Although they are from different backgrounds, the girls develop a deep friendship. When the girls are in college, they return to Camp Marigold to work as summer counselors and this one summer will dramatically alter the course of their lives.

LIKE– I loved Perennials. I was hooked from the first page and I tore through the novel in one day. I could not put it down. Perennials attracted me in several ways.

First, I never attended summer camp, but I desperately wanted to as a child. Summer camp is one of those things that I have romanticized based on friends talking about their own camp experiences and books like Perennials. I feel like I missed out on a quintessential American childhood experience, which attracts me to books on the subject. Perennials is not simply about camp, but it is about romanticizing the experience and that sense of nostalgia that keeps parents sending their children to camp. Perennials is about the ephemeral nature of growing up, where a summer truly is just a summer. Kids returning to camp can’t hold on to the exact recipe that made the previous summer so great, because they too have changed.

Second, Berman has created memorable characters. One of the most memorable is Rachel’s mother, Denise. On the surface, Denise seems very scattered. In her twenties Denise was working as a secretary in a lawfirm and had an affair with a married, older lawyer; Rachel is the product of that relationship. Denise and Rachel have been a secret, second family for Rachel’s father. When she finally realizes that he will never leave his wife, Denise only accepts money for her daughter and struggles to support them in a one bedroom apartment in Manhattan. Although in many ways, Denise seems like a mess: she drinks, constantly smokes, and racks up speeding tickets, but beneath her rough exterior, she is fiercely protective of her daughter. Watching her character reveal itself through the course of the novel was a beautiful story arc and just one example of Berman’s talent for character development.

Third, Perennials has a shocking and affecting twist. I could not have predicted the ending and it knocked me sideways, leaving a lasting impression. Have Kleenex handy.

DISLIKE– This is so minor, but I found the storyline between Nell and Mo to be less engaging than those of the other characters. However, I think their perspective did add another layer to the story.

RECOMMEND– Yes!!! Berman is a gifted writer and I can’t wait to read her next novel. I hope it’s released soon. Perennials is a heartfelt story with rich characters and thought-provoking themes.